Back to the future, with books instead of a DeLorean 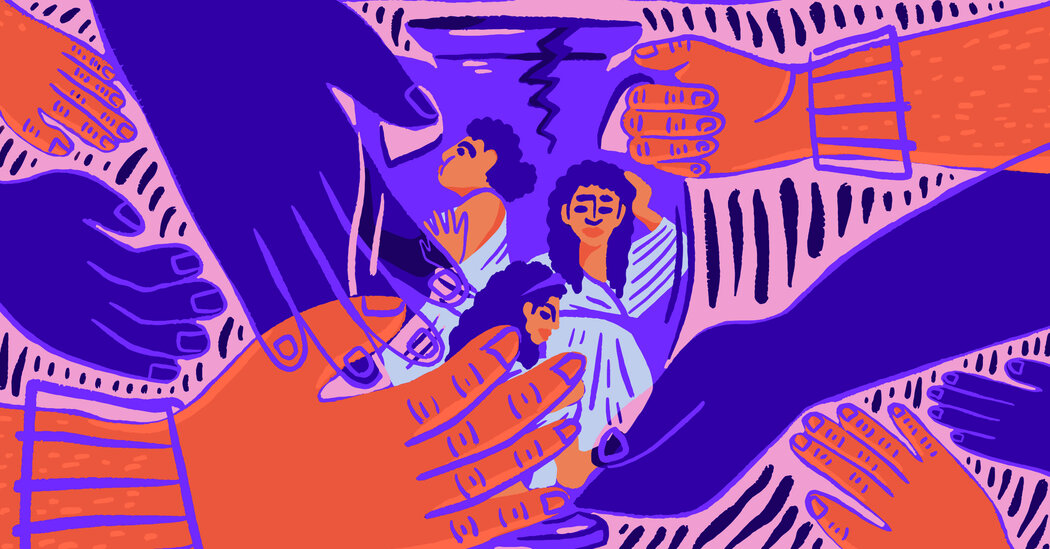 Do you read historical fiction to immerse yourself in an alternate reality? Imagine what past lives might have looked like? To find links with the present? Your answers to these questions will determine your reaction to THE WOMEN OF TROY (Doubleday, 304 pp., $ 28), the last part of the new feminist version of “Iliad” by Pat Barker. Told, like its predecessor, “The silence of the girls”, by Briseis, a captive queen of Troy, it takes place in the camp of the increasingly surly Greeks, trapped after their victory by a fierce wind which prevents them from returning home. them.

The location and characters resemble those in Homer’s mythical storytelling, and the atonement for the desecration of King Priam’s corpse is a central aspect of the plot. But the gods stay behind the scenes and the human voices sound more like what you might hear in a London pub: â€œPyrrhus is losing his mind. Totally. “” Keep a low profile. “” A poor sucker. “” That decrepit old jerk. “” Start living in the real world. “” It was always about them. “

Barker seems to want to pull readers out of the detachment that can accompany costumed language, plunging us directly into the timeless trauma of women witnessing the carnage of war. From now on, as a â€œprize of honorâ€, â€‹â€‹Trojan women must sleep with and bear the children of the men who murdered their husbands, fathers and sons. I’m not quite sure that such an obvious verbal nudge was needed, but what is more convincing is Barker’s mention of Briseis’ struggle to survive, his description of emotions and rivalries. captive women, her acerbic assessment of the posture and vulnerability of the men who rule these tragically diminished lives. As Barker follows “a thread of meaning through a maze of fear,” his insight and compassion are fully on display. As is his outrage: â€œHeroic acts, atrocities – who can say where the line is drawn? “

The young woman who tells the story of AK Blakemore THE WITCHES OF MANNINGTREE (Catapult, 320 pp., $ 26) is also caught in the web of male power. The daughter of a widowed seamstress leading a precarious life in a small English village, Rebecca West tries to improve herself by learning to read, but only succeeds in falling prey to a religious fanatic. We are in 1643 and the civil war between the parliamentarians and the royalists gave rise to social disturbances which feed on rumors and superstitions. Stories of demonic possession grip the community and when a dark Puritan man arrives to investigate, his questions will lead to the arrest and trial of Rebecca and her mother as well as a handful of similarly impoverished women.

Blakemore, a renowned British poet, takes us back to the historical events of the so-called Witch Craze which resulted in the execution of over a hundred men and women. This is an intimate portrayal of an intelligent yet supernatural heroine who slips from the amused observation of the “dying carnival atmosphere” in the home of a “possessed” child to nervous uncertainty as to the role. played by his beloved tutor in utter despair as a cart takes him to prison: “I think Jonah himself couldn’t have had a more terrible sight than this, even as he slipped down his throat. of the whale.

As Rebecca languishes in a foul cell with her fellow inmates, her relationship with Matthew Hopkins, known as Witchfinder, becomes increasingly complicated. Is there a perverse attraction on his part? Can she use it to save herself? After all, Hopkins is convinced that God has commanded him to guide her as well as to punish her for she and her mother have lived alone too much: “When women think alone,” he proclaims, “they think badly.”

The three married teenagers at the center of Sunjeev Sahota’s latest novel, CHINA ROOM (Viking, 256 pp., $ 27), are hardly ever alone and for them marriage is both a punishment and a prison. The setting is rural Punjab in 1929, but it could just as easily be the Middle Ages. A triple marriage has linked these young women in sordid bondage to the three brothers who work the farm – and the malicious whims of their husbands’ mothers. Kept strictly isolated from men in a house “where everyone is watched by someone”, each of the brides is periodically sent by her mother-in-law to the “porcelain room” of the title of the novel, where sex in the Complete darkness will hopefully produce a bumper crop of male heirs. The cruel twist: None of the three knows which of the brothers is actually her husband.

Mehar, 15, is the fiery focus of this half of Sahota’s tale as she tries to uncover her husband’s identity. The story of his great-grandson, isolated on the farm seven decades later, this time by his own will, alternates with his increasingly dangerous endeavors. The privileged son of immigrants in England, he is sent to spend the summer with his uncle, who lives in a nearby town, in the hope that such a radical change will enable him to overcome his drug addiction. That he ends up spending time alone in the porcelain room is just one of the many ironies of his situation.

Sahota’s novel, which was among 13 works of fiction in the prestigious British Booker Prize’s “Long List”, eloquently shows how much – and how little – has changed in the years since Mehar’s shenanigans gave rise to a dramatic and deadly confrontation. The many options available to Mehar’s descendant are subtly compared to those of a seemingly liberated female doctor and her domineering and deeply unhappy aunt. And, of course, the contrast to Mehar’s life is heartbreaking. As she embarks on a rebellious path with the man she believes to be her husband, she wonders “to what extent is her love for him linked to this promise of freedom?” “