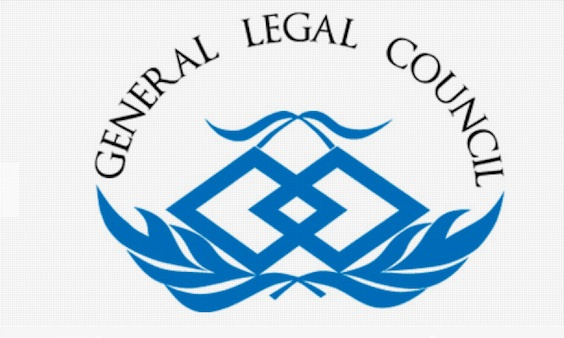 Logo of the General Legal Council

The General Legal Council (GLC) and Attorney General were sued by 143 LLB graduates who sat for the Ghana Law School Entrance Examination 2020/21 but were unable to be admitted to the faculty of Law.

They ask that the court “further prevent the defendants from treating candidates as students who failed the said exams pending the final examination of this case for the reasons set out and any new orders that the court may deem appropriate.”

Earlier in the week, the 499 aggrieved law students who were refused admission despite passing the Ghana School of Law entrance exam in 2021 asked him to intervene.

The students said their alleged failure was a travesty of justice, a situation that should be corrected immediately.

At a press conference in Accra on Monday, October 18, they said: â€œOn October 15, 2021, we petitioned the President’s Office, calling on His Excellency to use his executive authority to come to our aid, in our quest for justice and to defend our fundamental human rights as enshrined in chapter 5 of the 1992 Constitution of our dear country. As we speak, we have yet to receive a response from the President’s senior office.

“We are nonetheless confident that President Akufo-Addo, who for all intents and purposes has proven to be a renowned human rights lawyer and freedom fighter, will rise to the occasion and do justice to our legitimate grievances. We call on the President, who also happens to be a member in good standing of the Bar, to ensure that his official representative in the GLC, the Attorney General, Godfred Yeboah Dame Esq, with powers under the Legal Profession Act, 1960 (Law 32), to order the General Legal Council and indeed the Ghana School of Law to abide by their own rules of engagement and within the limits of the law, admitting the remaining 499 successful candidates entrance exams.

â€œThis, respectfully, is not too much to ask, Your Excellency. This is the reason why we voted for you, and we humbly beg you to do just that, â€he said.

The students then took to the main streets of Accra on Wednesday, October 20 to express their displeasure at what they describe as mistreatment and injustice inflicted on some of their colleagues.

They submitted a petition to Parliament and the Presidency after demonstrating in the streets for hours.

Among other things, they demanded the immediate admission of the 499 applicants to the Ghana School of Law.

They also called for the decentralization of legal education in the country.