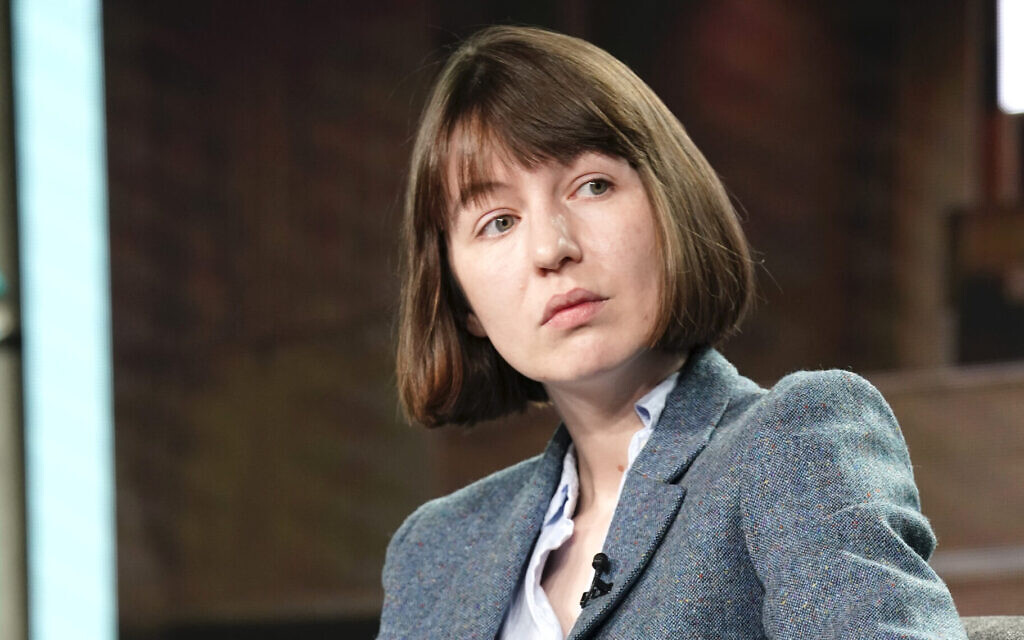 Irish writer Sally Rooney’s Israeli publisher said on Sunday he would not stop selling his titles even after two major bookstore chains took them off their shelves in protest at his criticism of Israel.

The 30-year-old author of three novels said last month she could not partner with a Hebrew publisher who “does not publicly distance herself from apartheid and support the rights of the Palestinian people stipulated by the UN “.

This sparked a furious backlash in Israel, especially from the Steimatzky chain, which has 130 stores. The company removed Rooney’s works from its website, including the controversial title, “Beautiful World, Where Are You.”

However, the Modan publishing house, which translated his works, told AFP on Sunday that it would continue to sell Rooney’s books despite its stance towards Israel.

By registering, you accept the conditions

“We do not support a cultural boycott and will therefore continue to sell Sally Rooney’s works as usual,” said Tali Thelet, a spokesperson for the company.

While sales may suffer among Israelis, interest appears to be skyrocketing among Palestinians.

Ahmad Muna, director of the educational bookstore in East Jerusalem, told AFP he had placed a new order for Rooney’s books in light of his comments.

“The problem is, we are not getting them as fast as we would like,” he said. “I think there was a lot of interest in her statement about not wanting to be published by an Israeli publisher. “

In a statement released through her literary representatives, the Wylie Agency, the Irish novelist said she hoped eventually to find a Hebrew translator for “Beautiful World, Where Are You?” which came out last month.

However, critics noted that the chances of finding a Hebrew publishing house outside of Israel, the only Hebrew-speaking country in the world, were highly unlikely.

“I understand that not everyone will agree with my decision, but I just don’t think it would be fair for me under the current circumstances to accept a new contract with an Israeli company that does not publicly take its distances from apartheid and does not support the UN. stipulated rights of the Palestinian people, ”said Rooney, one of the world’s most popular and acclaimed young writers and a supporter of the Palestinians in the past.

In his statement, Rooney cited a pair of reports – by Israeli human rights groups B’Tselem and New York-based Human Rights Watch – which claimed that Israel is guilty of the international crime of apartheid because of alleged discriminatory policies towards Arab Israelis within his own country. borders and towards Palestinians in the West Bank and Gaza Strip.

These reports, she said, “confirmed what Palestinian human rights groups have long been saying: Israel’s system of racial domination and segregation against Palestinians meets the definition of apartheid under the international law “.

Rooney also praised the BDS movement, which calls for boycott, divestment and sanctions against Israeli businesses, cultural institutions and universities. BDS says it seeks to end Israel’s control over land captured in the 1967 Six Day War and what it describes as discrimination against Israel’s Arab minority. It also calls for a “right of return” for millions of Palestinian refugees and their descendants to homes from which their ancestors fled or were expelled during the 1948 war when Israel was created.

Israeli officials vehemently reject apartheid accusations, and Israel and other BDS opponents say the BDS campaign encourages anti-Semitism and aims to delegitimize or even destroy Israel.

What does “fierce” mean in Hebrew?

In Streetwise Hebrew for the Times of Israel community, each month we learn several familiar Hebrew phrases around a common theme. These are small audio Hebrew course that we think you will really appreciate it.

This month we learn some phrases on the topic of Strength and power. Ready to fight with us?

Are you serious. We appreciate this!

We are really glad you read X Times of Israel Articles in the past month.

That’s why we come to work every day – to provide discerning readers like you with must-see coverage of Israel and the Jewish world.

So now we have a request. Unlike other media, we have not set up a paywall. But since the journalism we do is expensive, we invite readers for whom The Times of Israel has become important to help support our work by joining The Times of Israel community.

For as little as $ 6 per month, you can help support our quality journalism while benefiting from The Times of Israel WITHOUT ADVERTISING, as well as access to exclusive content reserved for members of the Times of Israel community.