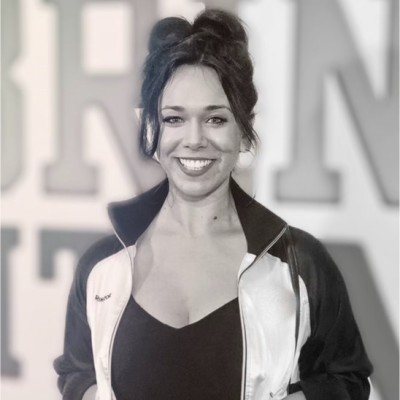 One of the main ways that digital technology disrupts the legal sector is by improving access to justice.

Digital Nation Australia spoke with Erin Kanygin, co-founder of the non-profit legaltech app, Bumpd, which automates the process of generating legal action for those experiencing parental discrimination. Kanygin is also a legal transformation lawyer with the Gilbert + Tobin law firm.

According to Kanygin, before Bumpd, the only similar apps that existed in the space were automated decision tree logic legal offerings that sort through information and invite users to speak to attorneys. This software eliminates the need for a lawyer because it generates a product that individuals can file with the Fair Work Commission.

â€œIt really gives people the ability no matter where they are, whatever time of day to go online, to get the information they need and if they feel ready to make a complaint,â€ they can just do it, â€Kanygin said.

The main users of Bumpd are people facing fictitious layoffs, having lost their jobs due to pregnancy. According to Kanygin, this happens for a whopping 18% of new parents.

â€œBasically you go on parental leave and then someone covers you while you’re on parental leave. And they are there to do your job. And while all of that is happening all of a sudden your employer calls you and says, ‘Sorry, you actually don’t need this job anymore’, but the person who covered you during parental leave stays, her job title is changing, but she’s “doing the same job you were doing.” “

The other key hurdle for those facing these unfair dismissals is the 21 day deadline for them to file a complaint.

â€œYou are either a new parent or you are pregnant, you lose your job and during the time that you have lost your job then you have 21 days to make a claim. And if you don’t make that claim within 21 days, then you’re missing out, â€says Kanygin.

Bumpd was created using Checkbox’s code-free software, which Kanygin said was chosen for its ease of use as well as its nuance and complexity.

“[Checkbox] sits at a very, very good intersection of being fairly easy to use, but you can still somehow add the complexity required for an application like this.

Checkbox is an automation software company that works with legal teams to help them build workflow and documentation automation applications without any coding experience.

According to Evan Wong, Co-Founder and CEO of Checkbox, â€œCodeless software is extremely accessible, enabling those with the most basic digital skills in everyday life to automate processes and build applications on their own from it. zero. It is not necessary to know how the code works or how to write it.

“As a result, legal professionals end up increasing the value they can bring to their businesses and clients by using technology to improve alignment and respond faster and more effectively to client needs and changing conditions.” of the environment. Additionally, no-code removes over-reliance on busy IT teams, returning control and agility to legal teams over digitalization.

The adoption of tools in the legal sector is still lagging behind due to the conservative branch of the law, Kanygin says.

â€œEspecially in the legal field, you really have the old guard who did things in a very certain and very specific way,â€ she says.

â€œThere are a number of partners, not only the firm that I work with, in fact my firm is quite good, but other firms that I have worked in where the partners actually see technology as a barrier to learning lawyers because they want these lawyers to, for example, do the due diligence themselves.

While Kanygin sees the benefits of digital in improving efficiency, increasing access to justice, and adding value to the future of law, she is clear that the human element is essential.

â€œI work in a company, but also with the work that I do with Bumpd, it is largely human rights and it has a real impact on the human rights of people. Do we really want to train robots to make extremely nuanced decisions? I would say no.