“Unacceptable and irresponsible”: RIPTA employees do not trust management after a security breach 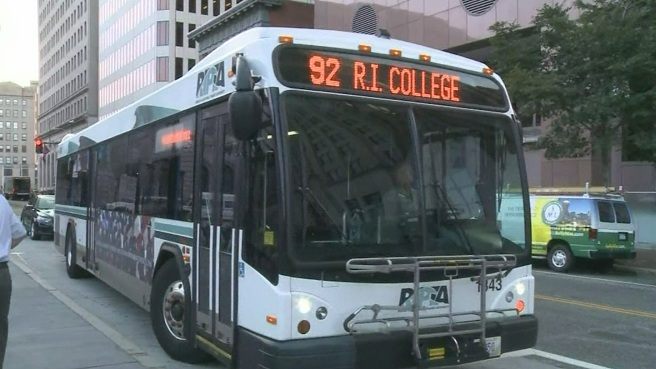 PROVIDENCE, RI (WPRI) – Employees at the RI Public Transport Authority (RIPTA) voted on Thursday to ‘no trust’ in senior management following a major security breach that compromised the data of over 12 000 workers.

Local 618 of the United Transport Union (ATU), which represents the nearly 800 people employed by RIPTA, is calling for the resignation of the general managers and senior executives of the public transport agency.

“They are ignoring us at service and security review meetings as we continue to deal with a dangerous pandemic,” Local 618 president Nick DeCristofaro said in a statement. â€œIn addition to the gross and gross breach of personal information security, this lack of communication has resulted in a perfect storm. “

â€œOur members have been heroes on the front lines of the pandemic by providing essential transportation to keep our community moving,â€ he continued. â€œWe deserve better than this. The overwhelming vote of no confidence in the leadership of RIPTA demonstrates that our membership demands for change must be heard.

The cyberattack took place in August and the stolen information includes the personal data of some state officials unrelated to the transit agency.

It took RIPTA four months to notify workers of the safety breach. The transit agency said it did not initially notify employees because it took them some time to determine what information had been compromised.

Local 618 is considering taking legal action against RIPTA, alongside state employees whose data has also been compromised.

RIPTA has said it will provide complimentary membership to identity check services through Equifax, but the union believes the transit agency is not doing enough to rectify the situation.

â€œIt is appalling that in response to a breach that included the families of our members and the minor children who could be affected by this their entire lives, they are offering one year of credit monitoring. It is unacceptable and irresponsible, â€said ATU International President John Costa. â€œOur members do not take a vote of no confidence lightly. This occurs when they have lost confidence in management to do the right thing by their employees and the runners entrusted to them to keep them safe. This lack of leadership at RIPTA requires an immediate response.

12 News has contacted RIPTA for comment, but has yet to receive a response.