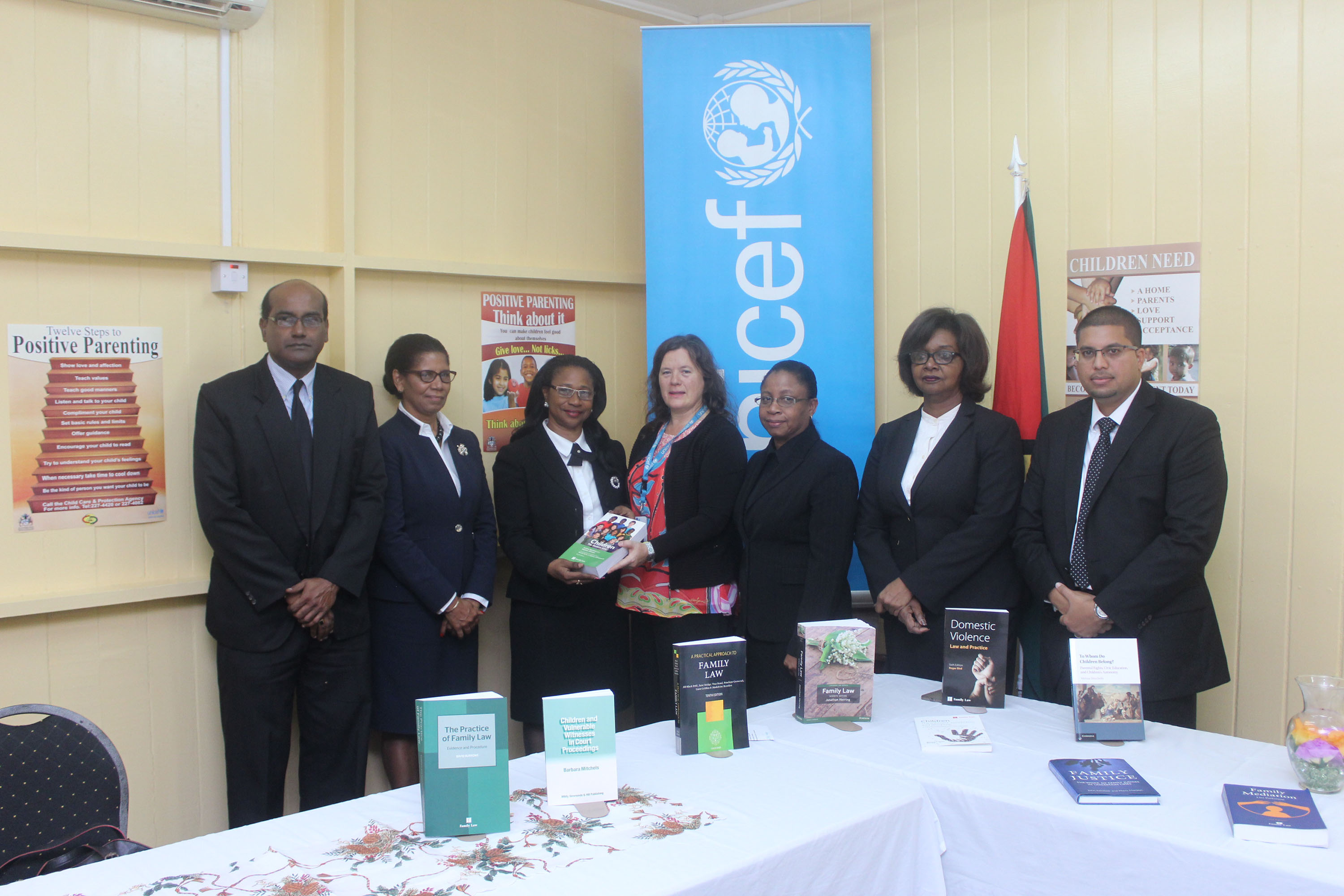 Handing over the law books, UNICEF Representative for Guyana and Suriname Sylvie Fouet noted that support for the development of the family court was on the agenda of the Committee on the Rights of the Child. since 2004.

Reiterating UNICEF’s commitment to advance access to justice for children, Fouet said that during this year the organization will also support efforts to develop a juvenile court as well as actions for the implementation of the Law on Sexual Offenses and the Law on Domestic Violence. â€œThe justice system can (and should) respond by in a manner that is fair and non-discriminatory to the concerns of children and women, â€she said.

Congratulating everyone who has worked hard to make family court a reality, she added, â€œI encourage you to build your capacity to ensure that the public has greater confidence in the system and its ability to respond to legal concerns. , ensuring the well-being of the family and the best interests of the child.

â€œI also encourage you to ensure that Family Court maintains best practices and becomes a place where the rest of the Caribbean (and the world) can learn.

â€œUNICEF is committed to supporting you on this adventure. We look forward to continuing together to advance safety and justice for all children in Guyana. “

Justice Cummings-Edwards, thanking the organization for its timely contribution, said the texts captured recent developments, cases, child rights conventions, human rights conventions and all legislative texts which have an impact in one way or another on family law.

She said she hoped Guyana’s family court could be a model for other Caribbean courts.

Family Court Judge Dawn Gregory, in her remarks, told the assembly that while many of the same texts were used during the studies, those donated by UNICEF are updated volumes.

She said the law books would help colleagues, lawyers and litigants who could access them in the court library.

The 23 legal texts are worth approximately $ 1 million.