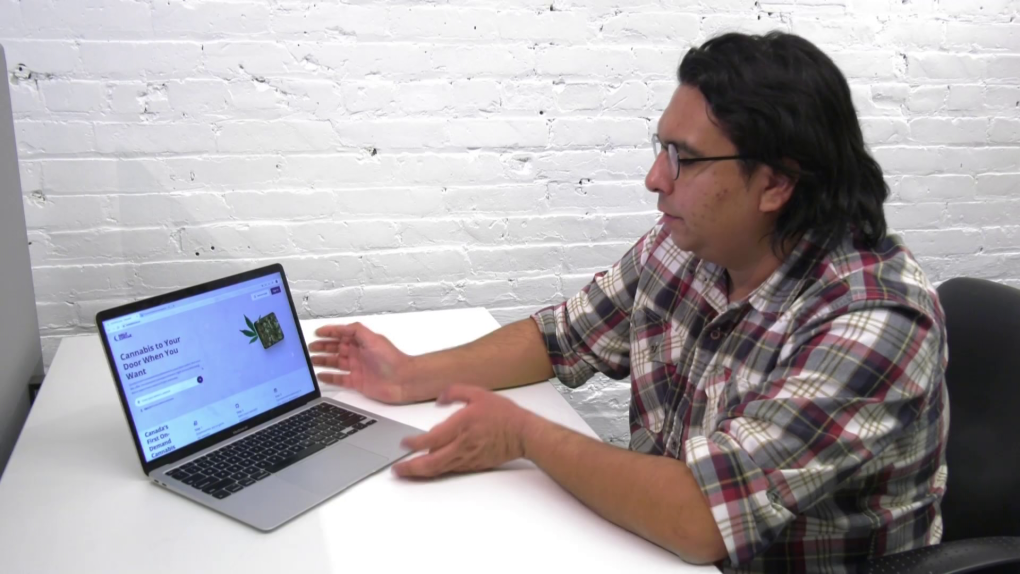 The Half Circle – or THC for short – has launched an on-demand cannabis app, calling it the first of its kind in Canada.

The app allows Manitobans to order cannabis through a smartphone and have it delivered immediately to their location.

Josh Giesbrecht, co-founder and CEO of THC, said that while some cannabis retailers offer a courier-type service, The Half Circle is the only third-party delivery app on the market.

However, Giesbrecht and his business partner quickly realized that Manitoba was one of the few markets where third-party delivery of cannabis is legal and developed THC at their exchange district offices. Giesbrecht said it was the only third-party app in Canada.

â€œIt’s not just a game-changer for the customer. It is also a game changer for [cannabis] retailers of all sizes, â€said Giesbrecht.

The Half Circle works the same as food delivery services. Customers can browse different cannabis retailers, select products and purchase their cannabis directly through the app. A THC driver collects the order and delivers it to the customer – who must present valid photo ID to complete the transaction.

â€œIt’s the same experience. Get it where you want, when you want it, â€said Giesbrecht.

Half Circle is only available in Manitoba, but Giesbrecht said they hope to expand into Saskatchewan – the only other province that allows third-party cannabis delivery – in the near future. He expects other markets to legalize the service in the coming years.

â€œWhat we’re showing to the Canadian market is that we can deliver highly regulated products in a very safe and convenient way.

The Half Circle is currently in its beta testing phase with only a few online stores, but Giesbrecht said they are in conversation with a “very big” cannabis retailer.

Giesbrecht believes they will complete testing by the end of February and that delivery will be available to Winnipeg, Brandon and other Manitoba markets at that time.

The Half Circle is the latest tech company to launch in the Exchange District – following in the footsteps of SkipTheDishes and other start-ups.

â€œA lot of times Manitobans don’t always see themselves as innovators, ahead of something. Obviously it does happen and SkipTheDishes is a good example of that, â€said Giesbrecht. ” Today [launch] is a great example of that too.

He predicts that The Half Circle’s expansion to other provinces over the next few years will create hundreds of tech jobs in Manitoba and expects Winnipeg’s reputation as a tech hub to grow. increase.

In November, Calgary-based financial technology firm Neo Financial announced the establishment of a second headquarters in the Exchange District, and video game giant Ubisoft opened a studio in Winnipeg in 2019.

â€œIt’s a growing bubble and all Manitobans should be happy about it. “