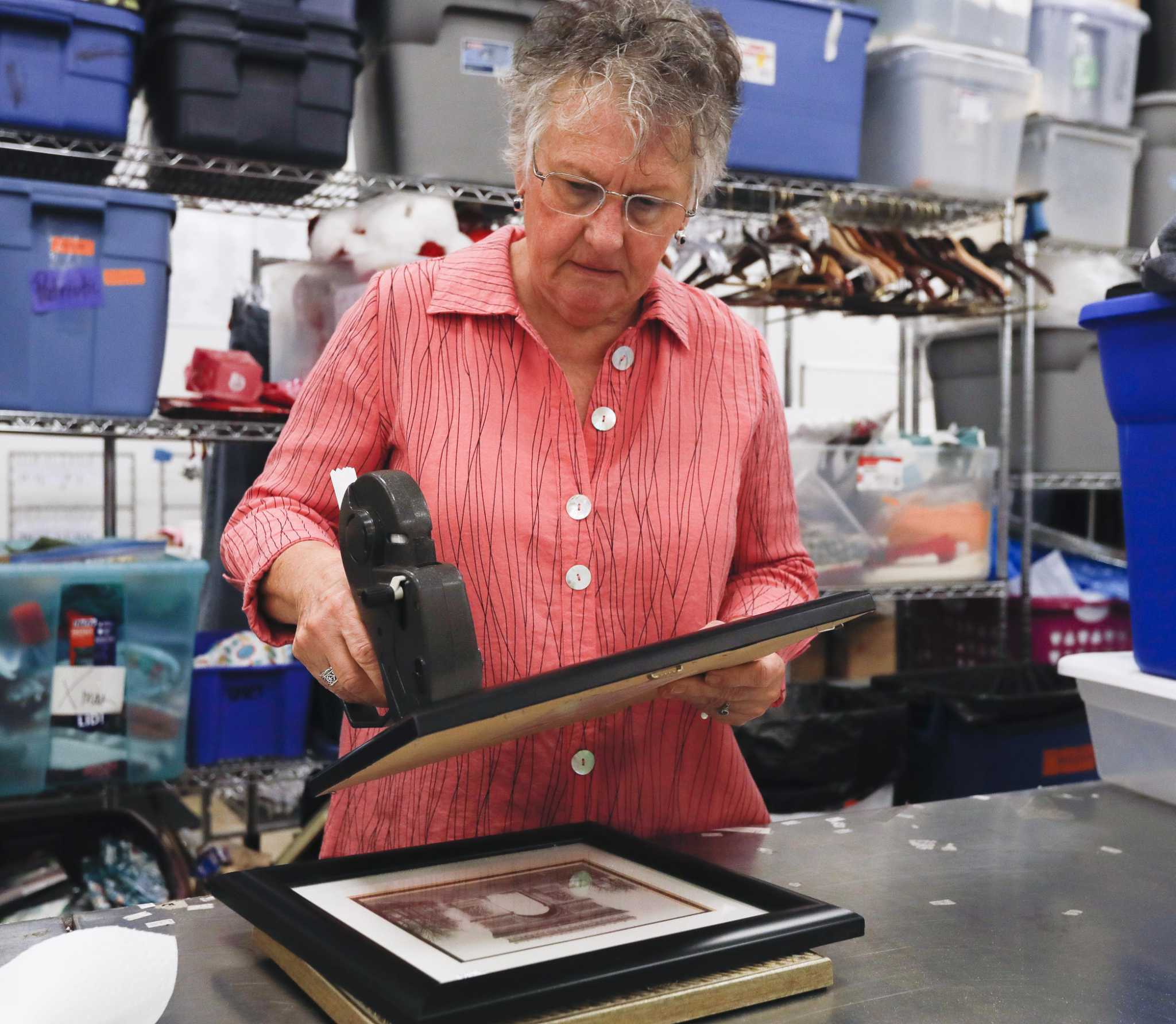 Karla Oubre didn’t expect to become the unofficial historian in residence at the Interfaith Hand Me Up boutique in the spring, but after identifying the original owners of two old books, the title seems to fit.

Oubre has volunteered at the store for about 10 years since hearing her sister-in-law talk about her volunteer experience there. She enjoys the camaraderie of volunteers and finding treasures among the gifts that are made.

A few weeks ago, one of these treasures was brought to his attention by a store employee. It was an old book of poetry printed in 1814. But the book wasn’t the only historical artifact they found that day. Inside the cover of the book was an 1864 Confederate property tax receipt from a man named Thomas Chatham, a farmer.

â€œI asked if I could take it home and do a little research on it,â€ Oubre said. â€œOver time, I discovered a lot of information and found a fourth great-great-great-granddaughter of Thomas. He was born in 1801.

Oubre has been on Ancestry.com for as long as she volunteered at the Hand Me Up store operated by Interfaith of The Woodlands. But his interest in history and ancestry began before that. Growing up, his father, an amateur genealogist, kept a large filing cabinet filled with all the documents and research he had done on their family history.

â€œI like to do research,â€ she says. “It intrigues me. It’s like an unanswered question, and I’m looking for an answer.

On yourcouriernews.com: a cancer survivor thrives by giving back to the community

While researching Chatham’s history, she discovered that he had immigrated to Texas between 1833 and 1835, almost 30 years before the tax receipt was signed. Much has happened in those years: Texas was under Mexican rule, the Republic of Texas was formed, and Civil War took place. Throughout this story, until today, the book has remained in Texas.

Oubre contacted the great-granddaughter on four occasions, who lives in Hockley, who was thrilled to be able to have a piece of her family history.

â€œI told her the story that came with it, how I found it, how I wanted to give it to a living relative and I asked her if she would be interested and she said ‘Yes I would. I would love to, â€Oubre said.

But this is not the only element that Oubre was able to reunite with his family of origin. While searching through the pile of discarded books in the store, she found another old book that was about to be sent for recycling. It was an 1868 Christian education book.

On HoustonChronicle.com: The “No Children on the Floor” campaign is changing – one bed at a time

Now, every time she walks past the books section of the store, she can’t help but browse the shelves for more ancient treasures. The store often receives donations with treasures that donors are unlikely to be aware of, pieces of history that could tell a deeper story of ancestry.

Natalie Healy, general manager of the store, said she was grateful to volunteers like Oubre for helping to connect the community to these items.

â€œIt affects so many different people,â€ Healy said. â€œKnowing this just helps us feel a little closer as humans. It is really nice to be in the Hand Me Up store where such opportunities arise.

For now, the search for Oubre in history is over. But we don’t know what could happen next in the Hand Me Up store.

“It’s very satisfying,” Oubre said of being able to send the books to their families. â€œI feel like I have found the answers to my quest. My quest is over and I’m a little disappointed that it’s done because it was so intriguing to deal with.